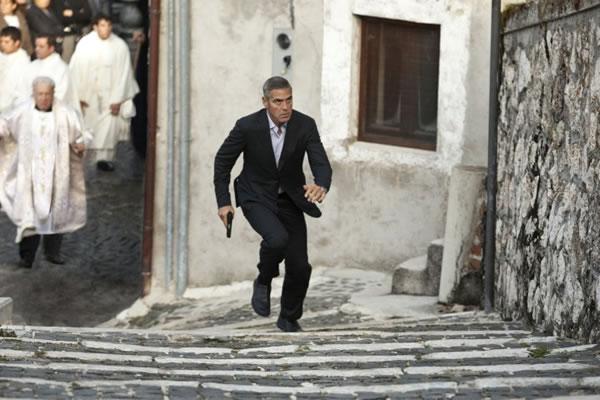 George Clooney on the run in The American We got our hands on the images from The American. I had seen this image of George Clooney with a gun. I was thinking to myself why did he even have to try? But there is something about the image probably something does with his age that comes out from the new image. The new film is directed by Anton Corbijnâ€™s assassin tale called The American.

It is based on a Rowan Joffe adaptation of Martin Boothâ€™s novel called A Very Private Gentleman. The film centers on an assassin who hides in a southern Italian village and masquerades as an artist who paints miniature butterflies as he tries to carry out one last assignment.

The film has some beautiful European actors joining the cast like Thekla Reuten, Bruce Altman, Paolo Bonacelli and Violante Placido. It has also been drawing a lot of award season watchers because of the whole look of the film. Will this film bring out an end to the genre? George Cooney will take on Alexander Payneâ€™s The Descendants which will be ready for release later this year.

Anton Corbijn has gone back to the editing table after showing loads of people a test screening of the film. Many of the audiences were not able to really pin point what the ending meant. Focus Features have a September 1 st release for the film. It will be a potential Oscar friendly time for the film. So we are hoping not many changes were made for the film.