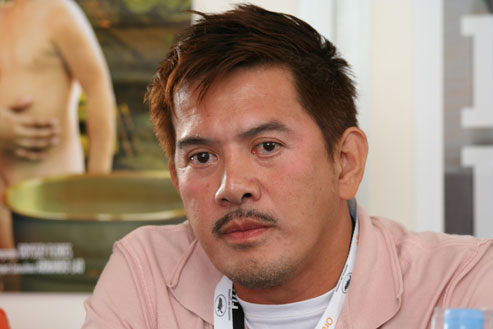 Brillante Mendoza on the hardships he faced Kinatay is the new film from controversial director Brillante Mendoza. His film was received with mixed reviews at this years Cannes. But he ended up winning the Best Director prize at the festival. His new film tells the story of a young man who tries to make some money so he can marry his girlfriend. He takes up job that will give him 2000 dollars but it involves killing a woman.

The film was extremely gruesome and very difficult to watch. Here is an interview with director that highlights the hardships he had to face to protect his film. Watch the interviews after the jump. Click the links below to see the video for yourself.