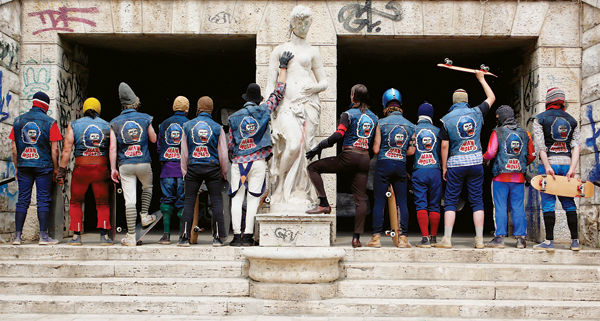 The trailers keep coming and they are getting even trippier by the day. We got ourselves for those people who just want to loose mind watching movies. Machotaildrop is going to be the stuff of legends in the next couple of weeks.

The film is about a skateboarder named Walter Rhum who realizes his dream of turning pro and riding for the worldâ€™s greatest skateboard company called Machotaildrop. The trailer might turn you into a believer or just throw you off.

Machotaildrop is co written and co directed by first time filmmakers Corey Adams and Alex Craig. It was shot fully in Vancouver, Canada in 2008. The film was screend at the Whistler and Toronto Film festival. Corey Adams had won some funding via Fuel TV. He was then given a million dollar budget to make a feature film. The film is still looking for distribution. Check out the trailer