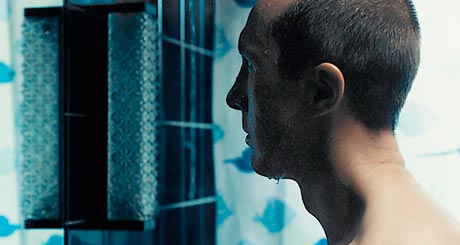 Yes guys this is what the film is called. The Ape was screened at the recent Venice Film Festival and also played at TIFF with some decent reviews. But the film has not really taken off after the screenings. There is still no release date for the film. The distributors have sort of shied away from this one.

A husband and father wake up to the consequences of a tragedy. The story does play with the mind to a certain extent. The character seems oblivious of his sadness. He is confronted with an impeding reality. There is also no place for escape and Krister is soon forced to face up to his actions. It is a depressing study of how loss can be really overpowering. The performance by the central character is something that has give it praise. Check the trailer out after the jump.

The Ape (Apan) trailer
by blankytwo