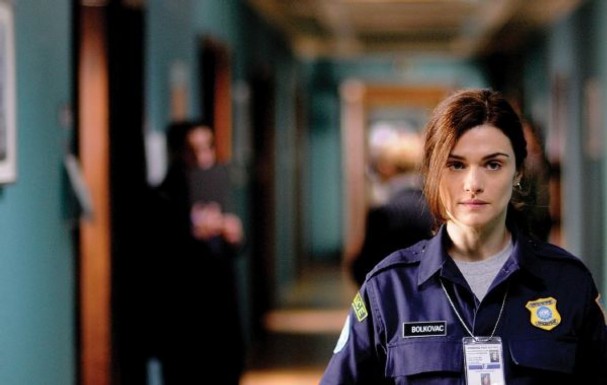 The trailer is missing a lot of good things. The only thing that runs in its favor is the performance of Rachel Weisz. But you will need more than just her to make this film survive the barrage of critical drumming down.

The film tells the story of a policewoman who risks her job and her safety to uncover a scandal involving the UN in post war Bosnia.

The film was directed by Larysa Kondracki, of only a Serbian film called Viko previously. The script was co written with her and Eilis Kirwan. The story is based on the experiences of Kathryn Bolkovac, a Nebraska cop who served as a peacekeeper in post war Bosnia and outed the UN for covering up a sex scandal. The film will be hitting the limited theaters starting from August 5 th.