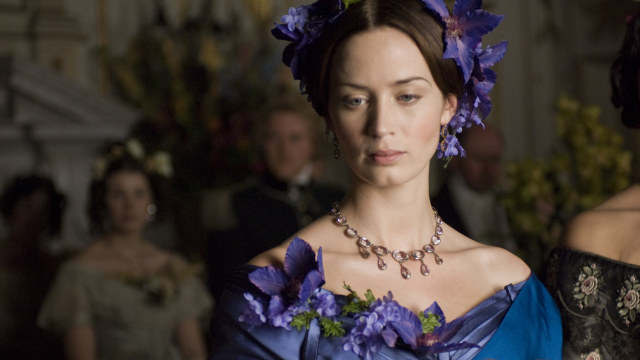 Emily Blunt has surely taken some of the best roles this year even at time outshining her peers like Keira Knightley. She began work in My Summer of Love to tremendous acclaim. Now she has already received a lot of good word of mouth in The Young Victoria. She will be next seen with Matt Damon in the Philip K Dick adaptation of the Adjustment Team. You can check out some of her stills from the shoot of the latter.

In The Young Victoria she plays the clever, angst driven and young queen to be for England. It is role that got her some amazing praise in her home country. The script was written Julian Fellowes who was just great in Gosford Park. There is also really nice supporting cast in Mark Strong and Paul Bettany. Paul is known for excelling in small roles.

But it is the stupid distribution issues with US that have made this film to release only in December this year. So that will be just in time for the Oscars next year. Here is the trailer after the jump.