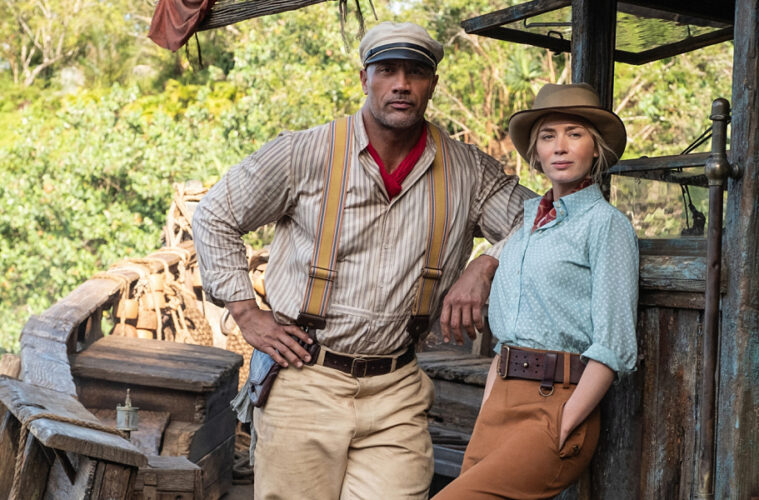 The year is 2021 and Disney’s theme park ride Jungle Cruise make its way into world of cinema courtesy of a hybrid theater/Disney+ release, with this $200 million production a nice distraction from everything else going on around the world. However, with an unoriginal storyline and cheesy CGI, this movie fails to meet any sort of reasonable expectations.

Director Jaume Collet-Serra takes a break from low-budget horror’s and Liam Neeson thrillers to take Dwayne Johnson and Emily Blunt on an adventure filled quest to find a magic plant deep in the Amazonian jungle circa the early 1900’s in a journey that should entertain the whole family across its 2 hour runtime that barely pauses for a breath between scenes. A lot of times people criticize how long a movie was and wished it was shorter. This time though, the movie is only 2 hours long and it moves soo fast that you hoped that they would slow down for a second to appreciate either a dialogue or scene but that is not the case. There seems to be a hurry to get to the next scene and eventually end the film.

The movie reminds you a lot of The Mummy, The Pirates and Indiana Jones franchises. Disney seemed to have made this movie for those people who either have not watched those movies or were too young to remember them. For most of us, who have seen them all, the story is not going to be anything new. The CGI in this film is pretty questionable. You begin to long for the days where films were shot on location or at least real life locales rather than green screens at the back of a studio. Jungle Cruise is a colorful and energetic affair that does work to some extent thanks to its charismatic leads who generate nice moments off one another and a playful sense of adventure that is sometimes lost on modern day films.

The film tries to be as dark as the Mummy but there are way too many needless dialogues or attempts at comedy that would steer adults to just wanting the movie to end. The comedic scene-stealer in this movie is Jesse Plemons who is simply brilliant in his character as a stereotypical German villain. In fact, he made it look like he was making fun of his character and this helps make the film more than just a generic family affair. The film lacks any type of memorable performances like a Johnny Depp as Jack Sparrow or an action scene/spectacle that would’ve made the film better than it is.

The casting was spot on and the chemistry between Emily Bunt and Dwayne Johnson is the only positive and highlight of the film. A pleasant diversion for the whole family, Jungle Cruise provides 2 hours of fun in the CGI heavy Amazon jungle with some likeable leads but sadly, it is never going to be that film you remember or want to watch few years down the line.