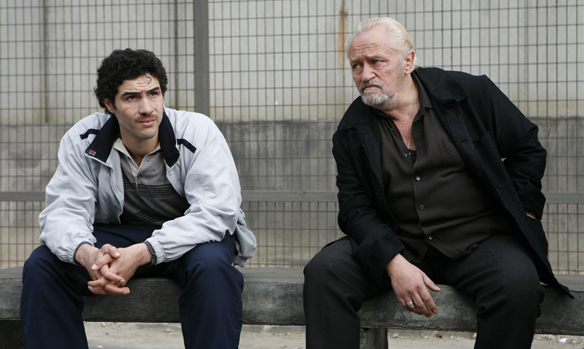 This is by far the yearâ€™s best film by a mile. The film has almost taken a world of its own. The Godfather comparison in the trailer is very much relevant. It is an unforgettable piece of film making. I will put up a review for this film really soon. It is really a work of immense sensitivity. Jacques Audiardâ€™s a Prophet took the Cannes film festival by surprise turning out to be one of the favorites with the jury.

Sight and Sound has recently declared it as the best movie of the year. Sony Picture Classics picked up the US distribution rights for the film. A Prophet is a far superior film than last yearâ€™s Gomorrah. Crime has a totally new voice under the eyes of Jacques.

It is difficult to turn your eyes away from the power of this film. The Film is almost like witnessing an event on screen donâ€™t miss it for the world.