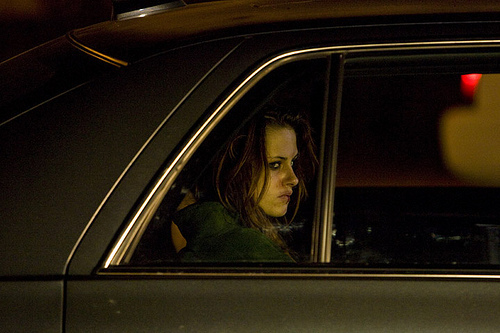 Trailer: Kristin Stewart in Welcome to the Rileys Kristen Stewart has been taking roles in several debut feature directorsâ€™ films. It is a good sign for her because it can take her mind of all the frenzy surrounding the Twilight franchise.

Welcome to the Rileys is a small film with some great character actors. It is director by Jake Scott and stars James Gandolfini, Melissa Leo and Kristen Stewart. The film was picked up by the doomed guys at Apparation. They have been trying to release Tree of Life for ages now.

But there is a good sign now with a trailer out for the film already. The film has been getting noticed at several festivals in the last couple of years. But the character Kristen plays a little more mature and not conscious of herself like in the case of Runaways.

It tells the stories of a couple driven apart by the death of their daughter are brought back together when they meet a troubled young woman.

The film is expected to get a November 5 th release. It will be in time for the Oscars and stuff.