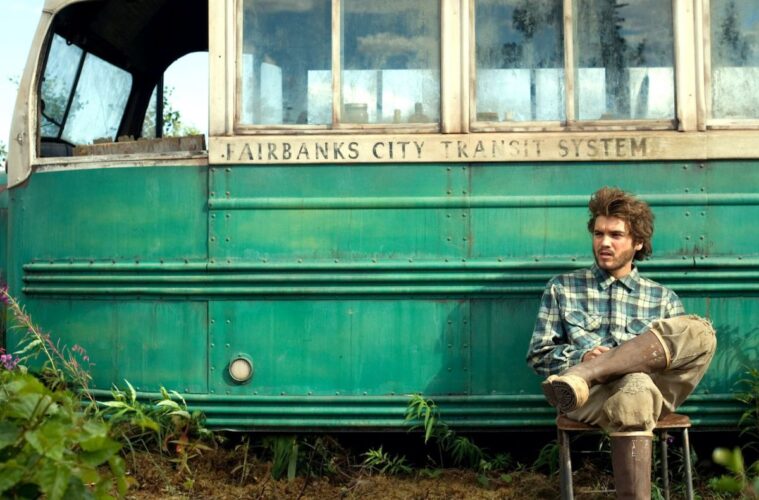 The story of ‘Into the wild’ is so outrageous, that it couldn’t be anything else but true. In 1990, twenty year-old Christopher McCandless (Chris) graduated from Emory University with straight A’s. Instead of going into Harvard law or venturing into the world to become a man of success, he chose the road less traveled. A self-confessed disciple of Thoreau, Tolstoy and Jack London, he wished to escape the lies of civilization. He planned to live a solitary life in the midst of the ‘most ancient of human conditions’. So, he donated his college fund of $24000 to charity, burnt up all his credit and ID cards, abandoned his car in the middle of the desert and set out on foot to Alaska. Where he met a tragic end.

But Chris wasn’t. Many might see him as a naïve impractical idealist, with his head up his ass. Alexander Supertramp…could he have picked a more pretentious pseudonym for his journal. He caused a lot of pain to his family. Grief and guilt ate away at his parents’ hearts. He had no experience of outdoor living. He finally starved to death, all alone in the Alaskan wilderness. But at a personal level I can’t help but admire his conviction. And it is this purity and strength of thought, which comes through in this obvious work of passion from Sean Penn.

The movie follows a non-linear chapter structure with the last ten weeks inter-cutting the previous two years. Thus the director creates a sense of inexorable progress towards doom. He also takes a marginally romantic view of Chris’s exploits. But he doesn’t shy away from portraying the graphic details of his sad fate, which incorporates much-needed grace into the power of the movie.