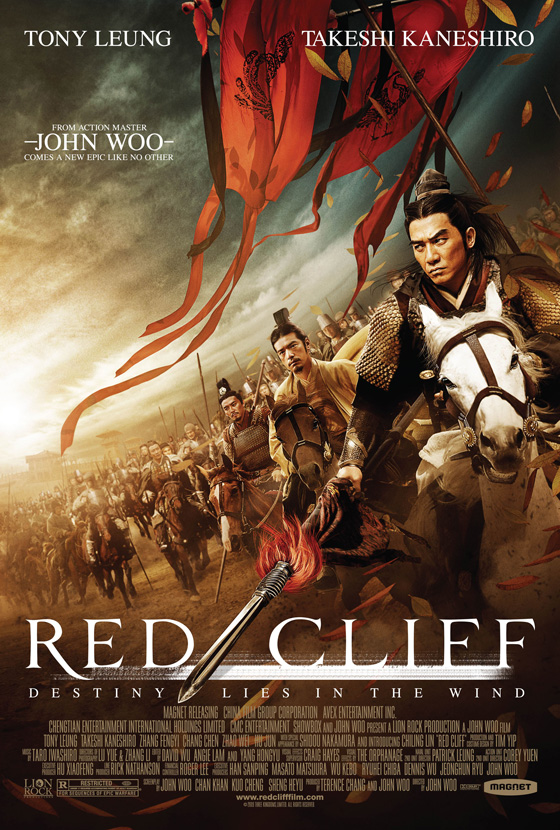 Tony Leung in the Poster for John Woo’s Red Cliff The Movie will be released in selected theaters by November 20. It is based on the fall of the Han dynasty and the great battle of Red Cliffs. This film is the highest grossing as well as the most expensive production in the history of Chinese cinema.