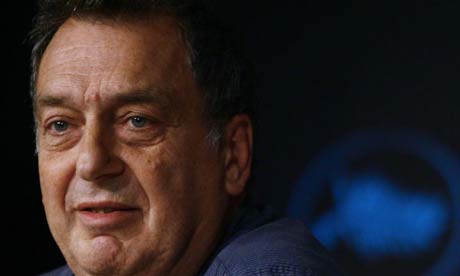 Stephen Frears is slowly turning into one of the most successful directors of our time from Britain. His films have been mostly British and so they tend to be a little less accessible to the American crowd. Some of his more popular films are The Grifters and High Fidelity. The latter is one of my personal favorites and is written by Nick Hornby. At the time of release it was a box office flop but it turned into a cult classic.

The two people behind that film that is Frears and DeVincentis are planning to reteam for Lay the Favorite based on Beth Raymerâ€™s book called Lay the Favorite, Take the Dog. The film is et amid a group of fiftyish math geeks who figure out how to work the sportbook system in Las Vegas for their own profit. The plot center on a woman in her early 30s who has made a series of bad choices by achieves redemption of sorts when she meets and gets involved with these guys.

Devincent has shown a lot of affinity towards this material.

â€œItâ€™s a less violent, less sketchy version of the mob,â€ DeVincentis said of the colorful gamblers, who are based on real people. â€œThis is the version of 50-year-old math geeks from Queens in basketball shorts who have pet guinea pigs.â€

This looks like a older and mature version of 21. I think the outcast feeling mood to the story is sort of perfectly in tune with Frears sensibilities. We just hope this film gets its due unlike High Fidelity.