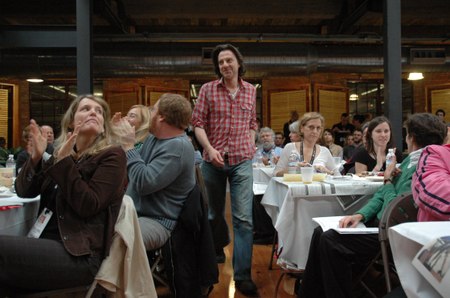 James Marsh took me away with his directorial Feature The King. The combination of him and Gael Garcia Bernal really changed the way we look at the world. He churned out one of the greatest movies of last year Man On Wire. Almost everyone was taken in by his mastery. Now he plans to work on the supernatural thriller called The Vatican Tapes.

The new film will center on a tape that gets leaked from the Vatican displaying exorcism that goes wrong. So this will hopefully not be in the realm of Blair Witch Project or the recent Paranormal activity.

Chris Borrelli wrote the screenplay based on a story envisioned by himself and Chris Morgan. There is no cast for the film as of now. James Marsh can certainly turn the genre on its head. There is very few great directors going into this territory.