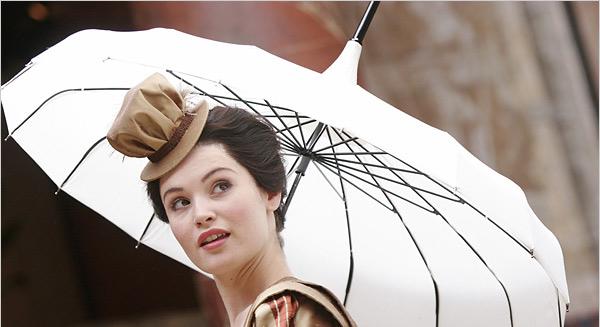 The trailer for the film does not really give a us a good idea of what to expect from the film. The new film directed by Stephen Frears was first seen at this year’s Cannes Film Festival. The festival goers were happy after watching the film, but were not sure why it was put in the line up. The film is an adaptation of a graphic novel.

Gemma Arterton stars in the film as title character. It is a modern take on the book by Thomas Hardy called Far from the Madding Crowd. It is a simple and charming film, which really has nothing going for it. Here is a synopsis of the film.

Based on Posy Simmonds’ beloved graphic novel of the same name (which was itself inspired by Thomas Hardy’s classic Far From the Madding Crowd), this wittily modern take on the romantic English pastorale is a far cry from Hardy’s Wessex. Tamara Drewe’s present-day English countryside-stocked with pompous writers, rich weekenders, bourgeois bohemians, a horny rock star, and a great many Buff Orpington chickens and Belted Galloway cows-is a much funnier place. When Tamara Drewe sashays back to the bucolic village of her youth, life for the locals is thrown tail over teakettle. Tamara-once an ugly duckling-has been transformed into a devastating beauty (with help from plastic surgery). As infatuations, jealousies, love affairs and career ambitions collide among the inhabitants of the neighboring farmsteads, Tamara sets a contemporary comedy of manners into play using the oldest magic in the book-sex appeal.

Gemma stars alongside Roger Allem, Bill Camp, Dominic Cooper, Luke Evans, and Tamsin Greig. The film is directed as we mentioned above by the man behind films like The Grifters, High Fidelity, Dangerous Liasons, The Queen and several other small great fares. The new film is expected to come out in September for the Toronto film festival and will be hitting theaters on October 8 th.