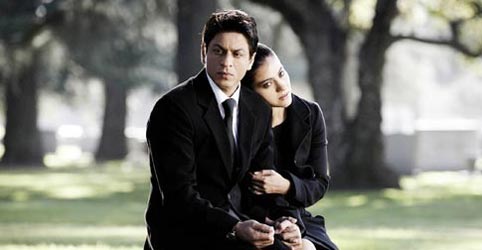 As the lights dimmed in the cinema hall, I must admit; as a bona fide cinegoer of Indian Cinema, it was truly a sight to witness, the deafening trumpet of the Fox Searchlight Logo plastered before the all too familiar K2H2 Chant of Dharma Productions. The juxtaposition reinforces your expectation at what is widely being hailed as the first true cross over mainstream movie that Bollywood has to offer to a world audience. And, the fact that it has arguably the biggest superstar in India headlining a movie almost after a year ( Billu Barber disregarded) and the presence of a modern day cinematic Jodi, thatâ€™s already the stuff of legends. And who better than Karan Johar, our modern day master-sculptor of the â€œIndianâ€ melodrama, to helm this enterprise.

Months before the release, thereâ€™s been talk about how this is Karan Joharâ€™s attempt at a more serious (mature?) kind of cinema; finally getting him out of his comfort zone. Thatâ€™s quite a statement, coming from one of our most celebrated directors in recent times. The very notion that Johar was trying to alter his modus operandi (which until now consisted of assaulting the senses of the average Indian viewer via his brand of melodrama) seemed like a mouthwatering prospect to me. To begin with, this is the least Karan Johar of Karan Johar movies. And that isnâ€™t necessarily a good thing, as I discovered to my surprise during the two and a half hour runtime. The story of Rizwan Khan, who suffers from Aspergerâ€™s syndrome, journeying across the country to meet the President in order to convey a message, seemed like good enough fodder for Johar to apply his natural instincts to. However, he seems determined to break away from his brand of filmmaking (save for a few occasions) and thus in the process loses out on what makes his films so singular (if not always satisfying) Itâ€™s his most uncharacteristic work till date, and with material that probably would have sat better with the audience had it been served out with a tad more, dare I say, drama? The movie is pitched as a minor key movie with big emotional beats. The change is not all bad though. Thereâ€™s an easiness to the pacing of the movie thatâ€™s missing in most commercial fare these days, and thatâ€™s a refreshing change where arenâ€™t face to the breakneck editing that recent commercial fare suffer from. The movie is shot well enough and (occasionally gets inventive at times with its first person framed scenes). Shankar Ehsaan Loyâ€™s compositions are wonderfully restrained, adding resonance to the movie (Noor â€“E-Khuda being the stand out track) and is used effectively as a background score to the events (a SRK-KJ movie without lip syncing, has to be a first) The film skims the surface of the relevant issue of what it is to be a Muslim in this day and age, but ultimately doesnâ€™t tell us anything we didnâ€™t already know. Baring a scene at the masjid, where Rizwan encounters a muslim professor whose wrongly looking to brainwash the youth, the film doesnâ€™t stake a big enough claim into the issue. And thatâ€™s a shame, as the audience is purely left hanging onto Rizwan Khanâ€™s unremarkable journey across the American states to take the narrative forward; occasionally coming to life due to ShahRukhâ€™s endearing narration.

And therein lays the problem with MNIK. The film struggles to find the subtle balance between a message movie and a melodrama, (not unlike Hiraniâ€™s 3 Idiots, although this is a much lesser experiment in audience manipulation). The climax is particularly hokey. The story takes a diversion involving the residents of a catastrophe-struck Georgia town that seems quite out of place. Also the decision to go with a Black American President serves as a major distraction, rather than a case for casting authenticity) While looking at gorgeous as ever, Kajol is unfortunately left with a surprisingly thankless role, as Mandira is a poorly written character that only serves as a springboard for Khan to build his performance upon. Other than on the most primal level, itâ€™s hard to fully sympathize with her character in the scene where she lambasts Rizwan, that she couldnâ€™t foresee the hell that marrying a Muslim would bring upon her world. Itâ€™s a scene that needed to work, especially considering the context with which the confrontation takes place, and the events that follow but doesnâ€™t achieve the heights that it set out to emotionally. Weâ€™re told that her first marriage had ended sourly, and the scope to convey emotional turmoil at the inevitability of losing someone close to you again could have been affecting, but doesnâ€™t come across completely due to weak characterization despite Kajolâ€™s best efforts ( the breakdown scene being outstanding) The supporting casts have a pretty inconsistent outing. The actor playing Rizwan and Mandiraâ€™s son (the slightly older one, i.e.) is purely bad casting, putting in a particularly awkward performance; almost stripping the movie of its weight during the major turning point. The childhood scenes work nicely to set up the growing days of Rizwan and the influence that his mother (Zarina Wahab, outstanding as the graceful Ammi) had on him. And finally, Tanney Chheda, as the young Rizwan, puts in a delicate and nuanced performance.

Ultimately the film works because of ShahRukh Khan. It wouldnâ€™t be totally unfair to say that the character of Rizwan, lends itself quite conveniently to Khanâ€™s already hyper animated acting method (SRK haters are going to have a feast of a time dissecting the various contortions that his face makes during the two and a half hour running time) but he still has an easy charm and earnestness that he brings to his roles, that even the best of the industry seems to have a difficult time dishing out these days. While comparisons to the Dustin Hoffman are inevitable; Khan finds ways to make Rizwan unique and his own, displaying vulnerability in the role and making it palpable to the viewer. The film works best when the camera is trained purely on him; allowing him to perform.

I realize that this piece might seem overtly negative, but it must be said that the film ultimately merits a watch. It doesnâ€™t quite know what itâ€™s trying to be, but itâ€™s memorable because of what ShahRukh makes of Rizwan Khan, a full bodied embodiment of goodness, which is what we ultimately take back with us. And itâ€™s a timely reminder that the King of Bollywood is still around. And it doesnâ€™t look like heâ€™s going anywhere.