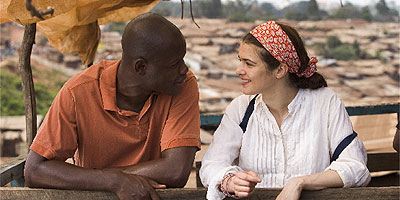 Fernando Meirelles will be shooting his next film 360 this and he has found a cast member and it is a good sign for things to come. Rachel Weisz has joined the cast of the Peter Morgan scripted film and this will be the second time the Oscar winning actress will be joining Fernando Meirelles.

The film will be retelling the play by Arthur Schnitzler called Reigen. The play perhaps the best known work by Schnitzler and has been adapted several times. It was done by Nicole Kidman for the Blue Room and also by Max Ophuls called La Ronde. It is made of short scenes between couples, who are shown before or after a sexual liaison. The sexuality in the play comes full circle. This will be something to see Rachel in.