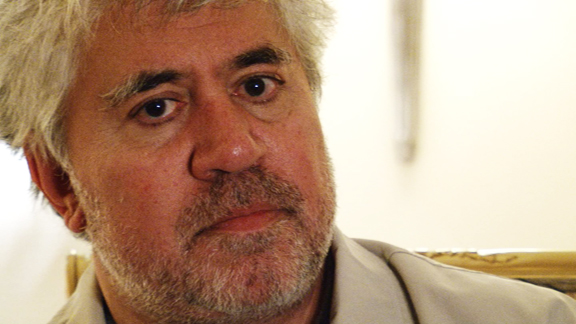 Pedro says his next film will be a English film After the work put into his last film The Skin I live In. For the first time in his illustrious career Pedro will be attempting a English language film. The new film has received mixed reviews from critics.

Almodovar is one of the world cinema’s most distinctive voices. He has tackled almost every genre in the last couple of years. He had won the Oscar for his work on Talk To Her and the Best Foreign language film for All About My Mother.

This is what the director had to say about his new Enlgish Language project. “I have a few different projects right now and one of them is in English – for the first time. It’s based on a story and it’s pretty far along actually, but I don’t want to talk about it too much right now because everyone will keep asking me about it.” While we’d follow Almodóvar anywhere, we’re having a hard time picturing the director’s extremely stylized vision working in, say, LA? It’s possible that he’s describing “Mina,”

Pedro will be writing the film in Spanish, but will also be working with a English writer for the English version of the film. The Skin I live In will be opening stateside in November. Tell us what you think of this new development.