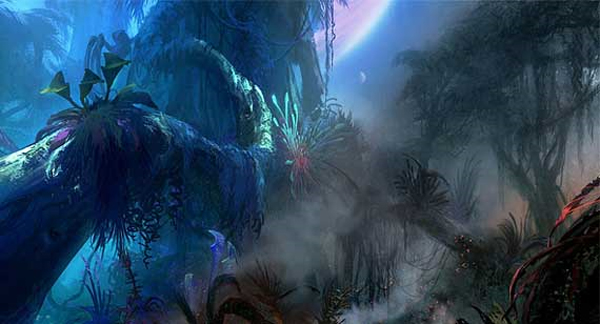 James Cameron sets Avatar 2 and 3 next Cameron and Fox are eyeing a December 2014 release for the second one and December 2015 for the next. So the movies will be directed back to back. The work on the scripts will begin from next year. The production of the film will be on by the end of next year.

“In the second and third films, which will be self-contained stories that also fulfill a greater story arc, we will not back off the throttle of ‘Avatar’s’ visual and emotional horsepower, and will continue to explore its themes and characters, which touched the hearts of audiences in all cultures around the world,” Cameron said. “I’m looking forward to returning to Pandora, a world where our imaginations can run wild.”

The film Avatar single handedly pulled the 3D format back to fashion. The film was based on the singular imagination and daring of James Cameron. So it will be amazing to see him return to it.

“It is a rare and remarkable opportunity when a filmmaker gets to build a fantasy world, and watch it grow, with the resources and partnership of a global media company,” Cameron said. “With two new films on the drawing boards, my company and I are embarking on an epic journey with our partners at 20th Century Fox.”

The other project on Cleopatra, which he has been circling, has fallen through finally. So this will be the next project for the next couple of years for James Cameron.