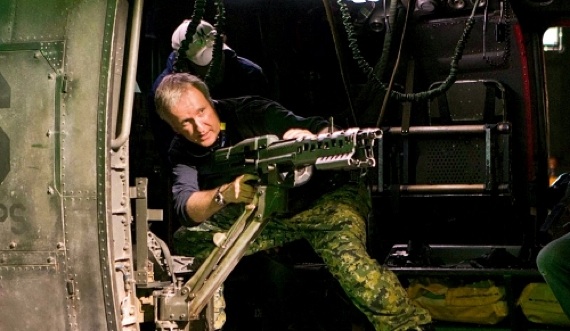 James Cameron is in talks with Sony to direct a 3D movie on Cleopatra, which is set to star Angelina Jolie. James Cameron wants to spend some time making another movie before he goes fully fledged into another Avatar sequel film.

Cameron will base the new film on the book by Stacy Schiff called Cleopatra: A Life. Scott Rudin acquired the rights to the film and will be setting the film at Sony. There are also negotiations in progress to get Angelina Jolie on board for the film.

The film is described as a Gone with the Wind type film. She is also excited to build a potentially long lasting and lucrative relationship with Jolie.

“She is a real star and she can open a movie by herself. She knows she was born to play this part.”

There are also some other films in the pipeline for James Cameron like battle Angel and The Dive. Deadline also has come out and said that this is a serious project that Sony will undertake. Jolie is determined to take an entirely different approach to the character and downplay the perception of Cleopatra as a sex symbol:

“She was misunderstood and her life story was written wrongly. I always thought her life was very glamorous. Then I read her story and found a different side to her – that she was a mother, leader and an intellect who spoke five languages! Her upbringing also reflected her relationship with Rome – all that is much more interesting than what she was summed up to be.”

So the new approach will hopefully bring people to the theater.