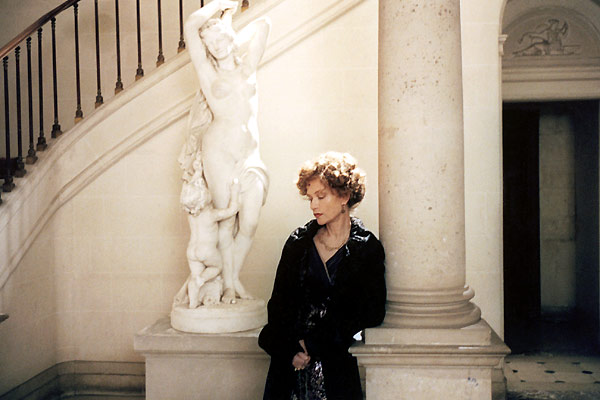 Isabelle Huppert who was part of the controversial jury at this years Cannes, will next be seen playing a French expatriate farmer. The film White Material is a violent drama that will be first screened at the Venice Film Festival. Her role will take her to Cameron during the warring times.

The government troops surround her plantation and she is forced not to leave her place. She plays Maria Vial whose life oscillates between her life and these warring times.

Most of the people who work with her begin to retreat. While she remains in the plantation until the army closes in on the rebel leader and his child soldiers.

“It’s a woman who seems very much in control, who knows how to run an enterprise and lead people, how to drive a tractor and a truck. But her weakness is this land she does not want to give up,” Huppert said

“At first it’s legitimate but then it becomes like a disease, everything is going up in smoke and you don’t want to face the reality.”

The film is directed by one of my personal favorite directors Claire Denis and it is loosely based on one of Doris Lessingâ€™s famed novels. The book focused on the racial tensions in Zimbabwe.

The film will mirror the work of the Nobel Laureate by touching the on the colonial past, and its impact on both sides.

Christopher Lambert stars as Huppertâ€™s former husband, who lives on the plantation and tries in vain to convince his former wife and son to leave the plantation. This is surely a film that will show us a bleak picture of what happens when such an event takes place.

“Cameroon is actually one of Africa’s most democratic countries, but it has had the same leader for 25, nearly 30 years” he said.
“I shot ‘Greystoke’ 25 years ago in Cameroon and I came back 25 years later. The country was exactly the same. The same roads, the same unfinished buildings, the same miserable houses, the same houses with no water, no electricity. In 25 years nothing has changed.”
I am really excited for this film. It is already one of the most anticipated films of the festival. It is just matter of taking the chance of watching it by some of the bloggers.