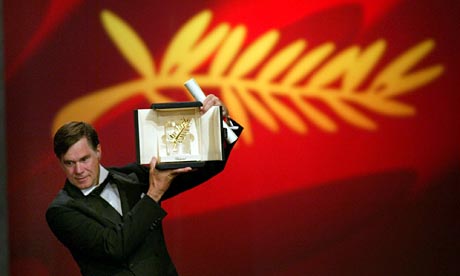 The casting process has been speed tracked for the film. Gus Van Sant wants the film to speak more about the family issues.

The film will be the first time Bryce Dallas Howard is teaming with her dad Ron Howard to produce the film. It will also star Dennis Hopperâ€™s son Henry Hopper, who will star opposite Mia Wasikowska.

It will also star Sissy Spacekâ€™s daughter as well. This is going to be a huge family affair by the looks of it. The film was called Restless before they changed the name. It revolves around a teenage boy and girl who share a preoccupation with mortality.

Hopper will play the young boy who hasnâ€™t really gotten over his parents death. Fisk will play Wasikowskaâ€™s sister. The film is written by one of Bryce Dallas Howardâ€™s friends from college Jason Lew.

“It captures the profoundly defining turning point of a young person’s life with stark realism, irreverent humor and intense emotion,” Bryce Dallas Howard said of the story. “I think that Gus was drawn to this story because he has an uncanny ability to convey the complexities of youth and outsiders, and this is, above all else, the journey of an outsider.”