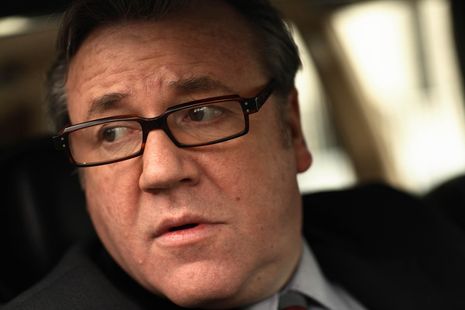 Ray Winstone gets into the mind of a serial killer British actor Ray Winstone is set to star in Red Snow; a film based on fact based serial killings. It will be shot in Canada next April.

Winstone will play an ex SAS officer tracking down his missing daughter in the snow forest of a remote Canadian town. The film is written and directed by Stuart St. Paul and is based on a story of an Alaskan serial killer whose spree hit the headlines in the 1980s.

Winstone is known for his work on films like Sexy Beast and Proposition. He headlined the recent London Film Festival with a film called 44 Inch Chest. He also played a part in the CGI filled Beowulf with Angelina Jolie.