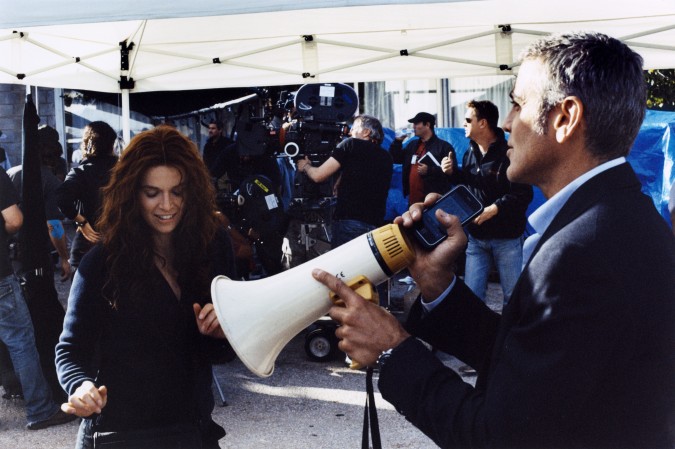 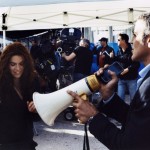 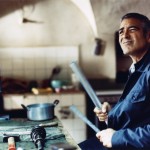 The star of the millennium is surely George Clooney. Very few stars have such recognizable profiles similar to greats like Cary Grant. George Clooney is beyond hits or flops. His star power is something unique. Quietly taking over the mantle of the rest of the stars but still keeping himself much intact. It is great to see in a thriller after so long. This one seems to be a little too internal but there seems to be a lot of studio intervention.

The film is directed by Anton Corbijn who is known for his film Kontrol. The film really took its time for him to get any kind of visibility. George Clooney seems to be getting the right directors to get his films done. But the director had this to say about George Clooney.

Sometimes my work is so serious people assume not only that I am too but also that my work surroundings are like that. Not so, especially not with George Clooney around. He keeps everyoneâ€™s spirits high in between takes. The above photograph shows him playing music from his ipod thru a megaphone and himself and Thekla moving and grooving to it. The one below is taken a few seconds before we roll but GC will never be not be ready when the camera is switched on. It amazed me really.