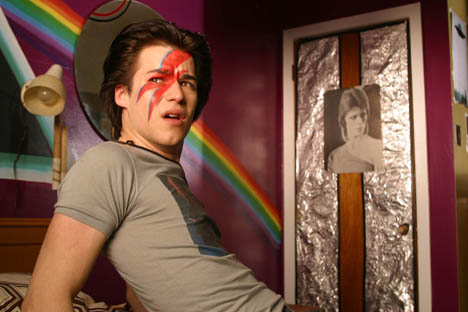 I think many of you will be wondering who the hell the guy on this title is. But Marc is someone who really needs to be known. His work in films like C.R.A.Z.Y really made him a household name in French Canada.

In this new film called The Chameleon it tells the story of Frederic Bourdin. He lived several lives and was on the road most of the time. He took up different identities and lived with around people. No matter what his age he worked as orphans and young people. He also took up the identity of missing children as well.

He was so good at his mimicry that he had managed to convince one family even though he had a French accent and the wrong color eyes. Now they are making a feature film with this one. The Chameleon also marks the English language debut of Jean Paul Salome. Marc Andre Grondin will play Bourdin. He passes of as the missing son of Ellen Barkin. He is hunted for a long time until he meets his brother played by Nick Stahl who reveals that his brother is dead.

Stahl seems to be in his element in this one after his great work in Sin City and Carnivale. Check out the trailer above and tell us what you think.