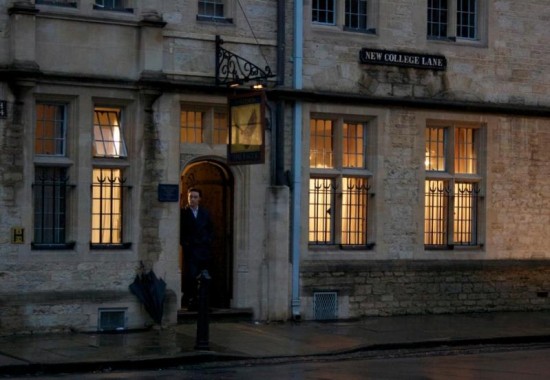 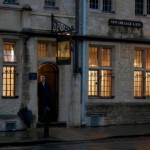 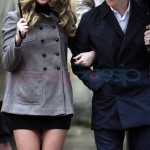 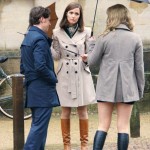 There have been couple of set pics from the anticipated X Men First Class film. It has been exciting casting for the film. The film stars the current favorite Jennifer Lawrence. Rose Byrne can also be seen in these series of pictures. James McAvoy will be playing Professor X in this series directed by Mathew Vaughn.

The film has a 60 s set look to the whole place. Jennifer Lawrence is the blond from Winter’s Bone and she has taken the industry by storm. She will be playing Mystique, and after the blue skinned portrayal in past X men films, seeing this very normal Mystique is a bit jarring.

Rose Byrne will be playing Moira McTaggart. She is also not in her costume yet, but once these characters get into their costumes it will be interesting.