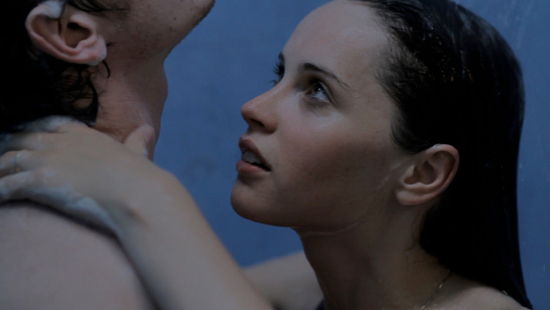 Trailer Watch: Like Crazy will be an unforgettable experience It has taken a while for the trailer of the movie to come out. It looks really special and probably something path breaking. American Cinema is finally getting to understand an understated way of showing love. Last year it was the glorious Blue Valentine and this time around we have Like Crazy.

The film stars Jennifer Lawrence but not in the lead. She will be opposite the powerful lead of Anton Yelchin and Felicity Jones. The film will be marketed during the Oscar season for its honest portrayal from the leads.

The film is a realistic, heartbreaking romace about long distance love between college students played by Anton Yelchin and Felicity Jones. The film won multiple award and is scheduled for release on October 28 th.

The director has been working on his next project this past year. The film will be a darker version of this beautiful film. Tell us what you think of the trailer of the film.