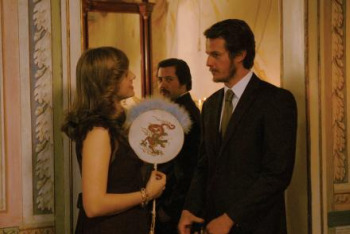 Manoel De Oliveira will always be remembered for his beautiful composed shots. He is one of the few lasting auteur of the composed form of cinema. His established control of shots is one of legend now. He is just peaked with his centennial celebrated with yet another work by the auteur. His arrangements and careful precision with which he works with his actor is what makes him the oldest living great directors of our times. 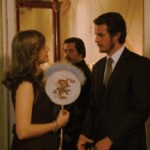 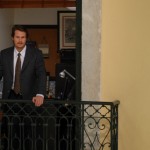 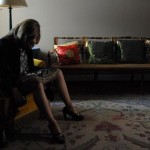 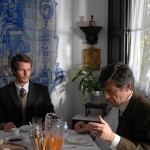 But there has been flurry of releases of his older films that were just difficult to find. He has made a lot of films in his times. When one reporter playfully question about his older films, he said that he was this big when he made those and now he little bigger than that by raising his hand. This playful gesture is something that has also transcended on screen. He has provided us with such grace and poise that we wish he will still continues making movies. Anyway Oliveira screened one of his latest films playfully titled Eccentricities of a Blond hair Girl at the recently concluded Toronto Film Festival. He still managed to create something unique and restrained showing a force of will that is truly remarkable.

The film is based on the short story by Eca De Queiros who is known for his work in The Crime of Father Amoro. A film that had a powerful influence and created heated debates. It starred Mexican superstar Gael Garcia Bernal in the title role. But this time round Eca has sort of modernize a story that he has written earlier and Manoel has created something of great force. So for those of you who are into the art film scene please sure to check this out in the next festival.