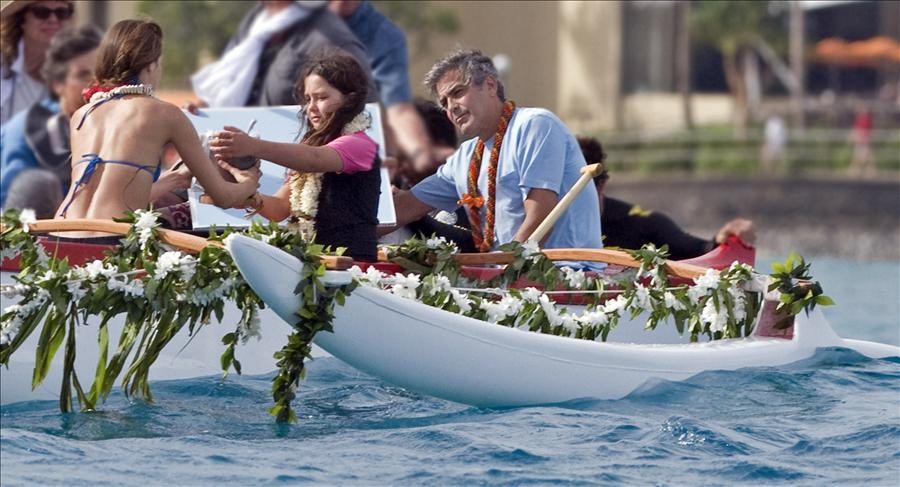 The first look of the new George Clooney is finally out. The film stars George Clooney as a wealthy landowner who tries to reconnect with his daughters.

Clooney will star alongside Beau Bridges, Judy Greer, Robert Foster and Matthew Lillard. The Descendants is set to be released on December 16 th.

It tells the story of a parent who is forced to re examine his past and embrace his future when his wife suffers a boating accident off of Waikiki. The event leads ot a rapprochement with his young daughters while Matt wrestles with a decision to sell the family’s land handed down from Hawaiian royalty and missionaries. Tell us what you think of the new trailer.