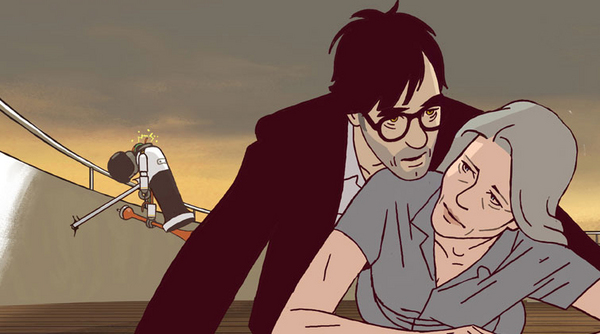 Ari Folman talks about The Congress The name Ari Folman became a household name after his work on the film Waltz with Bashir. Everyone has been talking about the future of Animation. What kind of human emotion can it impart? Till now we have only seen a still from the new film The Congress.

Nothing is really clear from the footage you saw above. It looks like the film will be something path breaking. Somewhere in the lines of Ariâ€™s last film Waltz with Bashir.

The Congress is based on the novel The Futurologival Congress by Stanislaw Lem, who also famously authored Solaris that was adapted into films by both Andrei Tarkovsky and Steven Soderbergh. The film will have elements of science fiction.

The story follows a man who is propelled into a world where hallucinogenic drugs have replaced reality. The film will follow actress Robin Wright, playing an aging version of herself whose popularity has waned as film studios sampled and used her image over and over again.

The film will bridge both the real world and the virtual one. The images on their own are extremely beautiful. They capture the mood the director has been looking out for in the last couple of years. Once the actual trailer comes out nothing can be certain on how the directorâ€™s vision reflects on the big screen.