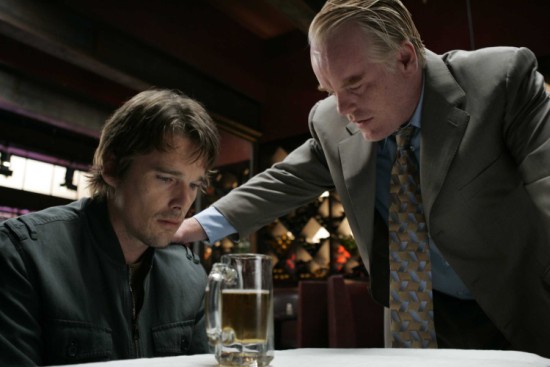 Bennett Miller was attached to direct this film for some time now. He has been trying to get a cast for the film and finally he has landed on Philip Seymour Hoffman and Robin Wright Penn. These are two will be very exciting casting choices. The cast also includes Brad Pitt and Jonah Hill in main roles. So it will be good to see how this progresses.

Hoffman will play Art Howe, the field manager of Billy Beaneâ€™s Oakland Aâ€™s. Howe, who started playing in the majors in â€™71, had been managing for two years when Beane took over as General Manager. Though the two shepherded the Aâ€™s to become a winning team, the Aâ€™ still failed to win a playoff series. The two clashed and four years later Beane fired Howe.

Wright will play Beaneâ€™s ex-wife. Pitt will be playing the powerful Beane, who implemented a new stats based system of hiring affordable talent to build a winning team. Hill on the other hand will play Paul DePodesta, a Harward grad statistician who skipped over Wall St. Jobs and instead went to work for Beane.

Now the most interesting part of the films transformation from the book to the film will be the addition of Bennett Miller to the proceedings. His name will bring a lot of credibility to the project which was lacking after the exit of Steven Soderbergh. The film will begin shooting in July. This will be something to see Brad Pitt on this film behind the camera of Bennett Miller. Bennettâ€™s work on Capote is truly one of the modern day American masterpieces.