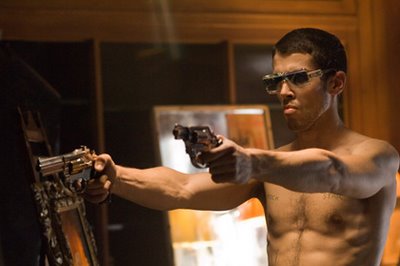 Toby Kebbell to become The Conspirator For those of you not familiar with this guy; just go to the nearest DVD store and rent out RocknRolla. His performance in that will make you want to see all his films. He has now put his hand in Robert Redfordâ€™s next directorial venture The Conspirator. He will be playing John Wilkes Booth.

Booth is the man who killed President Abraham Lincoln in Box 7 at Fordâ€™s theatre on April 14 1865. This piece of casting news would mean a huge number of stars will be part of this biopic. Toby will work alongside James McAvoy, Robin Wright Penn, Frederick Aiken, Justin Long, Evan Rachel Wood, Alexis Bledel, Kevin Kline and Tom Wilkinson. The film will follow the story of Mary Surratt, the lone female charged as a conspirator in the assassination. She will employ the help of lawyer played by James McAvoy to plead her case.

What is the scope of the role is still unclear. But Booth was killed couple of days by authorities. But the chance to play John Booth will be something Toby will relish. So this will be a surprise to many people when the movie comes out after seeing him in RocknRolla.