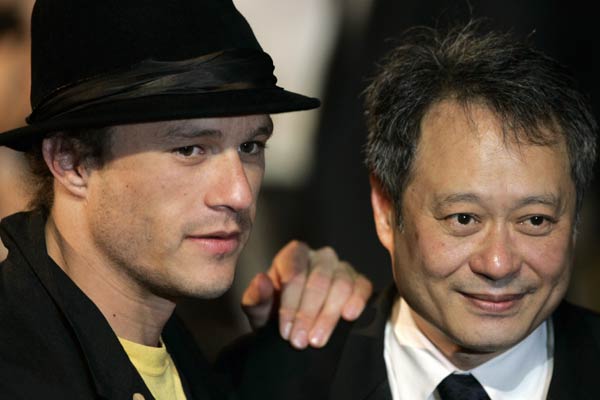 Ang Lee on production of Life of Pi Ang Lee is not on such of a high after his less than impressive Taking Woodstock. It felt a little bit immature with the emotions. But his high point was the beautifully realized Lust Caution. Now talks on his next film have been moving really slowly with the adaptation of Life of Pi. Lee has just turned in his first draft of the highly popular book. There has been no news of casting and stuff.

The story follows a young Indian boy who ends up stranded on a boat with some ferocious company. His company includes a hyena, zebra, orangutan and a Bengal Tiger. It has been on the radar of several predominate directors but nothing has really materialized. M. Night Shymalan, Alfonso Cuaron and Jean Pierre Jeunet were all attached to direct this film.

The book will be something in the lines of Lee is very found off. His imagination is really keyed to the films atmosphere. He might really a good addendum to the premise of this story.

Here is the premise of the story via Slash Film

The son of a zookeeper, Pi Patel has an encyclopedic knowledge of animal behavior and a fervent love of stories. When Pi is sixteen, his family emigrates from India to North America aboard a Japanese cargo ship, along with their zoo animals bound for new homes. The ship sinks. Pi finds himself alone in a lifeboat, his only companions a hyena, an orangutan, a wounded zebra, and Richard Parker, a 450-pound Bengal tiger. Soon the tiger has dispatched all but Pi, whose fear, knowledge, and cunning allow him to coexist with Richard Parker for 227 days while lost at sea. When they finally reach the coast of Mexico, Richard Parker flees to the jungle, never to be seen again. The Japanese authorities who interrogate Pi refuse to believe his story and press him to tell them â€œthe truth.â€ After hours of coercion, Pi tells a second story, a story much less fantastical, much more conventionalâ€“but is it more true?

Iâ€™m really not concerned about the financial chances of the film. A good film using this premise will just be perfect for the power of the story.