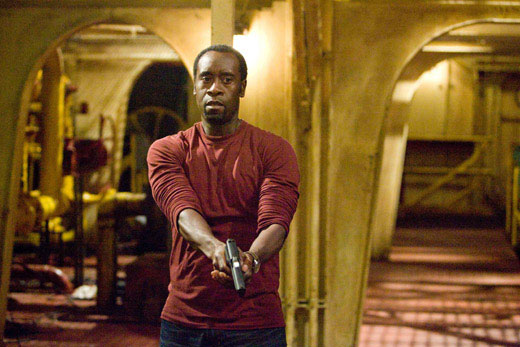 Brendan Gleeson will star opposite Don Cheadle in The Guard. It tells story of a confrontational small town Sgt. Gerry Boyle, who likes hookers and isnâ€™t interested in drug runners, and FBI Agent Everett in a tale of international coke smuggling. Sounds on the surface like an Irish reversal of Beverly Hills Cop, where the small town local guy is the irreverent jokester while the outsider is terribly straightlaced. John Michael McDonagh writes and directs.

This is almost the perfect casting for the film. Steven Soderbergh had once said that every director should get Don Cheadle on board at least once.