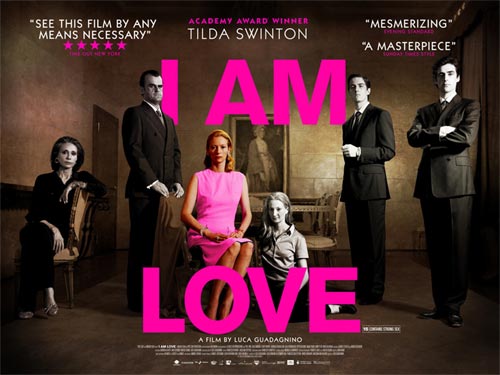 The film which caught most of the peopleâ€™s eye was I am Love in the Venice Film Festival. I Am Love is a film is a stylized family drama that is certainly going to be something to look after. Tilda Swinton plays role she would love to do with a film less on story but more on style.

Many of the critics call this film a masterpiece. It is being compared to many of the films of Visonti. It has been called one of the best films of last year.

The film looks amazing to sit through for the look of it. There is going to be a lot of investment in sensuality in this film. You can check out the trailer for this film in this link.