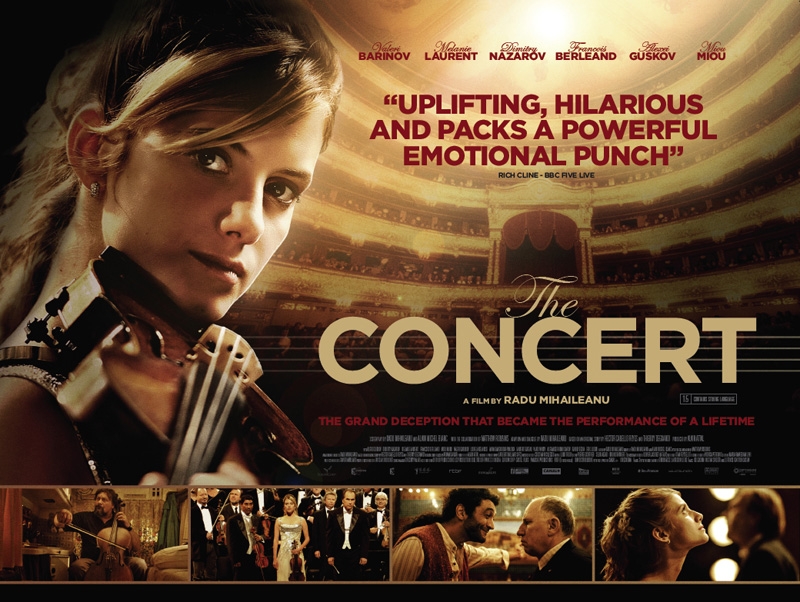 The Weinstein Company is pretty excited about the work of Melanie Laurent. She was a formidable force in the Quentin Tarantino Film. She almost stole the show from the main characters. She will be next scene in a movie called The Concert. It seems to be focusing on her disarming charm a little too much I would say.

The Americans are really fixated on star quality. It drives those nuts and makes them lose sight of the story a case in point would be the Twilight series. The trailer gives away quite a bit of the story. It is a wacky comedy with not much respite until we get to the moment when Melanie comes on screen.

The film is based on a true story of Russian conductor of the Bolshoi, Andrei Filipov, who was fired for hiring Jewish musicians. He ends up working as a janitor, he brings back all of his musicians to play one more concert. The film plays like most of the other famous Jewish films quite high on the melodrama.

The Concert is written by fairly unknowns and directed by Radu Mihaileanu. He co wrote the screenplay with Matthew Robbins and Alain Michel Blanc. The film will arrive in select theaters on July 23 rd.