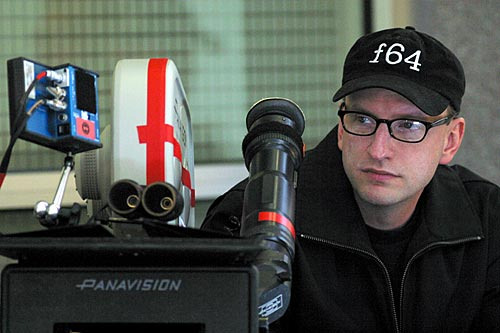 Trailer Watch: Contagion is out to destroy the world The film has been in the works in really a short time. Steven Soderbergh will be releasing this film after his action packed Haywire. So it is a little shock the trailer of this has come out before that. The pace with which he has been working has been astounding.

The film is a pre apocalyptic film in the lines of Blindness and Children of Heaven. But there is certainly a feeling of deja vu in this film. There is a mutation that happens to the virus that attacks. It spreads through touch so it is really difficult to find out. Steven Soderbergh is looking at retirement after a couple more passion projects that he has up his sleeve.

It is action thriller centered on the threat posed by a deadly disease and an internation team of doctors contracted by the CDC to deal with the outbreak. The cast of the film is huge with Matt Damon, Kate Winslet, Gwyneth Paltrow, Jude Law, Marion Cotillard, Laurence Fishburne and Sanaa Lathan. Tell us what you think of this trailer that we at Talking Films simply adored.