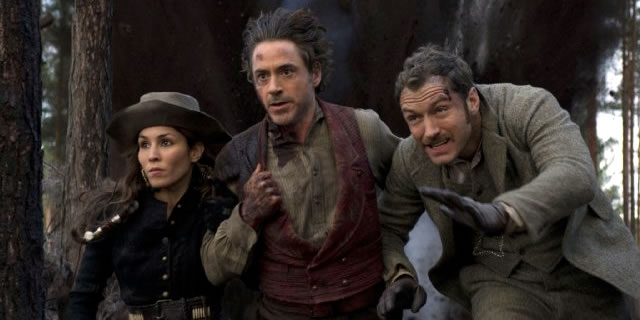 I just found out today that Traffic was a remake of a really powerful TV serial. Robert Downey Jr as always is upto no good with the new Sherlock Holmes movie trailer out now. The idea of bringing action to a character who mostly used his mind to get things done was preposterous, but still felt good. Guy Ritchie still thinks it is saleable. So he is brought back the same team to get the new film up.

This time around they get the help of Noomi Rapace. She will be taking on the adventure with Jude Law playing the lovely Watson. The homoerotic vibe is still on this one and some more.

Sherlock will be meeting his nemesis this time around. There is also a game in play. Tell us what you think of the new trailer from the movie.