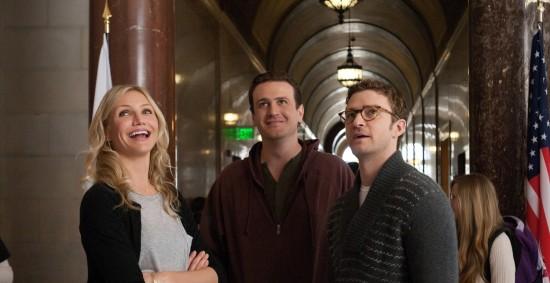 Trailer Watch: Bad Teacher will be a money changer Cameron Diaz was one of the sought after actresses of the 90s but this decade have not been really good for her. She looks like she will be back with a bang with her new movie called Bad Teacher. It has been risky business for the star. She will be now be teamed up with Justin Timberlake for Bad Teacher.

She will be playing a bad teacher in this new movie. She is seen smoking weed on campus, ignoring her students and swearing like a sailor. But when she meets a sexy new substitute who is mourning the loss of his well endowed girlfriend, she comes up with a plan to get money for a boob job and snare him for herself. He may be a sub, but his family is in the expensive watch business, which gives the bad teacher dollar signs in her pupil. But things takes for the worse when the sub begins to fall for another teacher.

Check out the red band trailer above and tell us what you think.