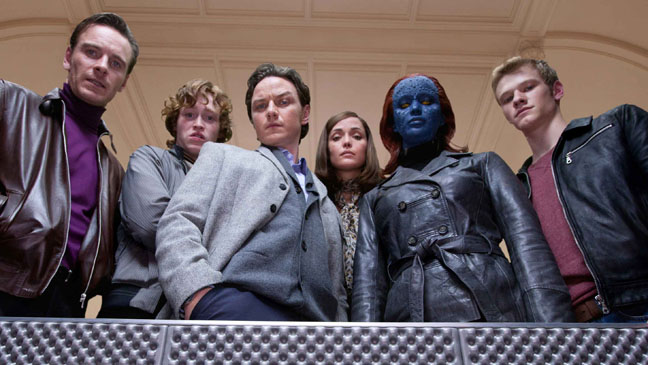 Beneath all that is lost and most of the rubble that is left for us to salvage as viewers this one is probably the worst of the lot. The new film from the franchise starts out with homages to two contrasting looks. The first one is a lack of depth of field with the James Bond homage. The other is homage to the earlier films that was really not necessary. But the James Bond sequences are still written well though they look shoddy.

Mathew Vaughn really got it right with a little more time in his hands with Kick Ass. He was still not given the same freedom with a new producer on the X Men First Class. Some of the shots in the film were canned a little too early. The chemistry between the characters were a little too quick for it to create and impression. Blame it all on the editor.

The script began to come into its own by the second half of the film. The training seems to be given a good amount of time to breath. There were also some interesting conversations between the two main protagonists who we have become too familiar with. The whole world was in the balance while are super heroes were training. The special effects were looking out for top marks for silliness.

Wolfman did a better job with the Beast like effects in this prequel. The cuteness of the pairing between Professor X and Mystique should have explored a little further. The content in the film should have been split to keep the audience coming back for more.

The strength of the film was its uncanny comedy timing that the director is actually good at. He did it well in both Layer Cake and Kick Ass. The cameos are also something to look out for in this new movie. But they are at times unwanted and the jokes on the future of these characters will also come as a pleasant giggle. So Vaughn gets the comedy, but it is only in the second half that humanity gets a front seat.

Let us make one thing clear on the main reference to this film: The Dark Knight. Please stop doing that right away. There was also plans of reshoot after a section of the crew watched Inception and were forced to make changes. But the Dark Knight style ending really makes you wish that you did not sit through this rubbish. The whole drama happens on the beach while the world is awaiting its doom. The use of CGI in this scene really destroyed the essence of the thought behind it. But once again it was in the form of Michael Fassbender a lot of salvaging could be done.

Michael Fassbender rose to the occasions and with the help of the rest of the cast really brought the movie to some sort of respectability. It was really the script that let this movie down.

The moments that will be left in your memory are few and far between. It will certainly take another one in the series to make this remotely watchable. The development of the powers were not stuck in reality like the now infamous X Men Trilogy.

Mathew Vaughn has certainly disappointed this time around. But it will take the fans sometime to come around that fact. He will have to be given more time to work on his movie only if the cash registers start tingling for the new prequel.

There is a moment in this film where Michael Fassbender’s Erik talks about the human race, talking about how trivial we could be and finally saying that they could be the better men. But the same could be said for how the X men looked by the end of this film.