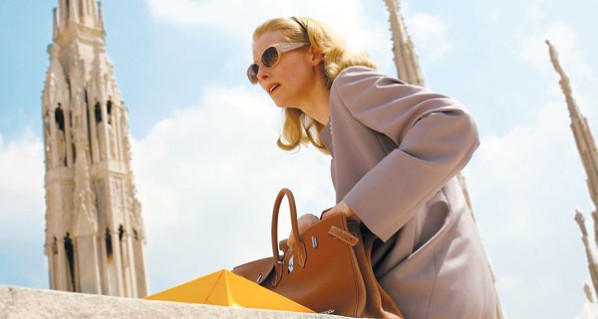 Tilda Swinton in We Need To Talk about Kevin The promo poster of the Lynne Ramseyâ€™s We Need To Talk about Kevin. This is going to be a Tilda Swinton vehicle through and through. The film will be lensing in Connecticut next April, there are a pair of Kevins to be cast, and the Culkin brother are all grown up. There is a mean spirited looking child to cast for the film. So they are all on the look out for Kevin. There loads of people been thought of to play the main role. So this will take its time.

The film will be based on the Lionel Shriver novel of the same name. It is written through a series of moving and harrowing flashbacks, this examines the role of Kevinâ€™s upbringing in a high school massacre that he carries out as a teenager. Kevin kind of accepts his father but he maintains a disdain for his mother played Swinton, from the day of his birth. She also in turn appears indifferent towards her son. Something happens to both of them that will change their live forever and even question their past.