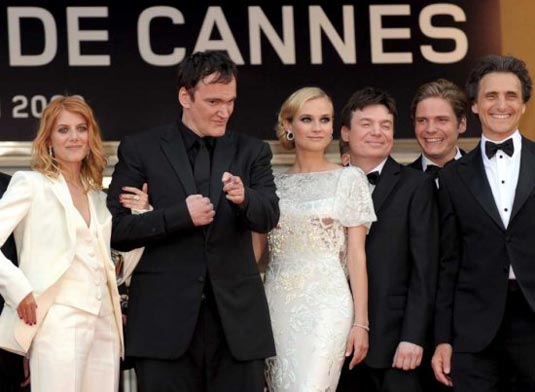 Tarantino is not done with Bill Quentin Tarantino has finally confirmed that he will be doing the third installment of the Kill Bill series. But with Bill not living anymore where will this story thread go. So this news comes alongside the promotions of his recently successful Inglorious Basterds.

There was also a video interview we have below that also cements the future of this project. The filmmaker wants a gap of 10 years for Uma Thurmanâ€™s central character and her daughter Beebe. So this gory installment will be something to watch out for. So we should expect a release for this film by around 2014.

He is also interested in going back to his old school gangster movies. There is also enough material to push the Inglorious Basterds into a sequel and a prequel. Check out the video to be convinced about the true nature of these reports.