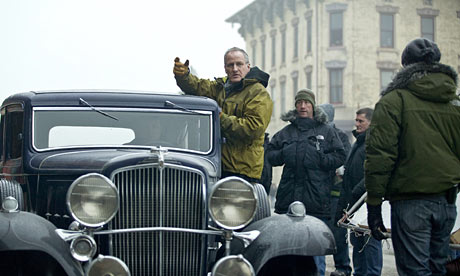 With Public Enemies just passing every single day, it is really about time for Michael Mann to introduce his next film. He has certainly revolutionized so many new techniques for cinema. There is news about a Spanish Civil war photographer Robert Capa. Capa is known for his controversial photographers and his lover Gerda Taro is also famous for being the first female war photographer on the front lines. But sadly she was killed during the battles in 1937.

Mannâ€™s is really interested in this project after all the possibilities it can create for himself. I think Michael Mann is primarily a great photographer who can change the way you look at films. It is almost perfect for his process which involves a lot photograph of his scene locations. This film will be based on the Susana Fortes novel Waiting for Robert Capa. It was published this year to great acclaim in Spain. They were both exiled Jewish communists. But they changed their names to have a better chance of getting some great shots in. Fortes interest in this story began when there were several photographs the pair had taken unearthed last year.

But it is still uncertain whether Michael Mann will take up this one. There is a lot of controversy behind one particular photo showing the last moments of a man dying. It really one of those dicey issues Michael Mann will have to figure out when he shoots. So these details could see him either staying on or probably leaving this project.