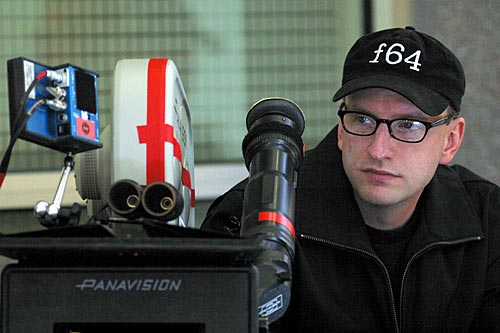 Steven Soderbergh on the musical Cleo Steven Soderbergh has been changing his way of approaching the Cleo biopic. He is right now multitasking this with another project called Knockout. Knockout is based on a script by David Holmes.

The other film will be Liberace. It will star Matt Damon and Michael Douglas. The film will be 3D musical; Cleo will be the next one after that. There is also talk about retirement in the cards.

The Cleo film will be something in the lines of early Ken Russell works. Russell is known for his infamous stuff like The Who work called Tommy and also a comedy titled Lisztomania.

This going to be a totally different direction for Steven Soderbergh; his work will lead him into the world of the crazy. Steven also said he will want something to do akin to Oceanâ€™s Twelve.

Soderberghâ€™s latest is called The Informant which is another screwball comedy. There are so many other projects for him to take that will be in the horizon.