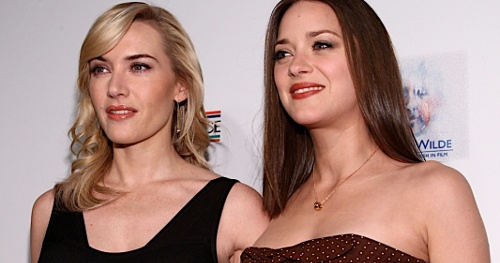 This will be the luckiest man on the planet right now. Steven Soderbergh is really excited about his work on films like The Girlfriend Experience and the loads of fun he had on the Informant!. So it is really his time to get back into serious action mode. He has so many films in the pipeline. The list keeps building up. There is also the impending retirement we need to think about. So how does he juggle so many films and themes? But does he get them right it is up to the audience to decide.

So after his combat film called Knockout he will take up the prevention cause in Contagion. Now after the hoax play of Swine Flu now there is a need to understand the causes of diseases. So think of a virus that will be able to threaten the human race in more ways than one.

The script Stevenâ€™s next will be taken from is called Contagion. It has an all star cast headlining with Matt Damon, Kate Winslet, Marion Cotillard, Lawrence Fishburne, Gwyneth Paltrow and Jude Law. It surely has a Babel style scope by the looks of it. The script is terrifyingly simple and this is a good thing. It takes up cues from movies like Traffic and Syriana.

Scott Z. Burns, who wrote the script and has worked with Steven on several movies like the Informant and with Matt Damon on The Bourne Ultimatum, has done enough and more research for the film.

The film begins with Gwyneth Paltrowâ€™s character and slowly gets into the rest of them at various stages of development of the disease. So each character has their own stories to say at various intervals. It will be difficult to fish out a message from this film. But it will be something to put our brains to work. It will be really nice to see Steven going into the multi parallel narratives.

It will give a lot of room for improvisation on the part of the actors. Especially it will be a treat to see Jude Law playing a blogger who tries to uncover conspiracies. That will be something nice to watch on screen. So if these narratives play into each other it will be something of a collage of though and panic. What more could we ask for?