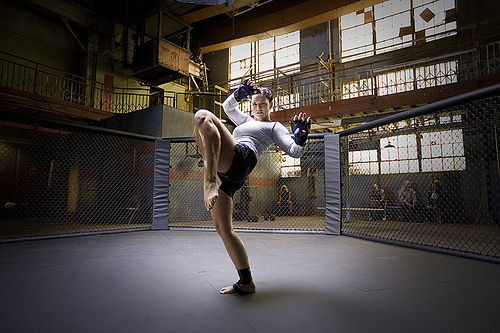 Steven Soderbergh gets picked up for Knockout There have been several good distribution deals in this last week. Here is some more good news for the Steven Soderbergh fans. He seems to have scored big with his deal for his next movie with Gina Carano called Knockout. The film is said to be something in the lines of Bourne Series. But the twist is it will be shot with the fresh eyes of Soderbergh. Lionsgate have brought out the rights for this film.

After several problems with his Moneyball fiasco, he finally can take it easy. Amidst all this good news there is also the release of his Matt Damon Starrer Infomant!. The film has got some good buzz from the festival circuits.

Knockout will be in the lines of The Girlfriend Experience. This comes after the hugely successful pro wrestling film The Wrestler. This has surely got Steven jumping at this one. This will star mixed martial artist star Gina Carano. But the mainstream concerns can be put to rest with the release of Steven Soderberghâ€™s last couple of movies.