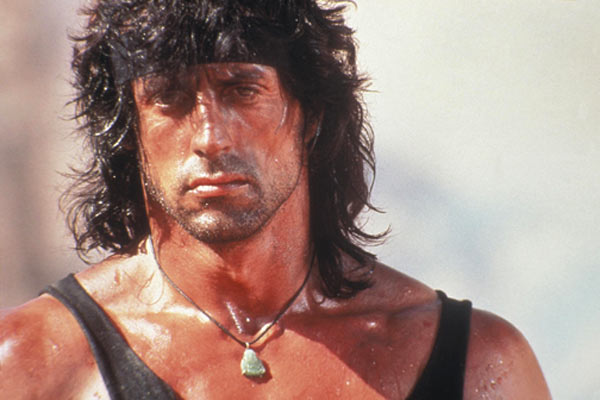 This is big guys. It is bigger than the Titanic. This movie is surely one of those I would never write about. But it comes with the Generationâ€™s X biggest dream Action movie. Why didnâ€™t this happen before. Sylvester Stallone will shoot a scene with Bruce Willis and Arnold Schwarzenegger soon for his next film the horrible Expendables. It sounds like film with a lot of men in tights. The film that is written and directed by Sylvester Stallone himself what drag.

The film stars the whoâ€™s who of action in Hollywood. Stalloneâ€™s co stars include Jason Statham, Jet Li (Hi Yeah), Mickey Rourke (Why the Hell?) and Dolph Lundgren. It tells the story of a team of mercenaries who get lost in a mission in South America.

Stallone had this to say “Arnold, Bruce and I will be working together for the first time, maybe in two weeks, so I had to grow back my beard and get ready to film it in Los Angeles,”

“It’s very difficult to get us all together at the same time. It’s impossible to get all those egos in the same room,” Stallone joked (not funny).

He also said that he wanted to revitalize the action genre. He has sort of had it with all the special effects in the recent action films. But I thought his old body was a special effect.

“I wanted to do a film that was more about men and just doing things that we did back in the ’80s and ’90s with films that were a little bit more men on men, and actual physical stunts and also a story that isn’t super-gigantic.”

“And the thing was to find certain personalities that never would ever work together normally and put them altogether. It’s like a dream team.â€ This sounds like an action art film to me. He sounds like the newly judged messiah of action films. There is also a planned Rambo film in the works that deals with some stem cell/ chemical hazard stuff.” I’m just worried for Sylvester’s brains.

“I don’t want to keep repeating myself and just doing films about war,” said Stallone. “This is a very psychological film about sophisticated man fighting primitive man”.

“It’s actually possible today, with all the cloning and stem cell research, to actually have some experiments that don’t work very well and get out of control.”

There also certain predictions he has about the industry making big budget films. He also dislikes the rise of the fantasy films as well. “You have films that cost $200-300 million and when they don’t work the entire studio is gone, a thousand people lose their jobs. The volcano is ready to explode.” It is the end of the world as we know it.