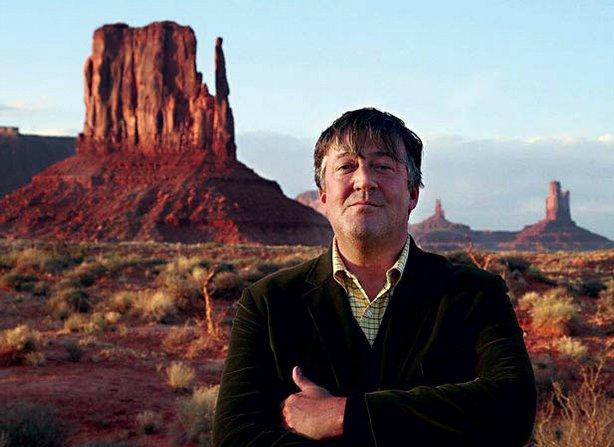 Stephen Fry will play Mycroft Holmes in next sequel Sherlock Holmes is working on their cast for the next sequel to hugely successful first film. Stephen Fry will be the next guy to join the brigade.

Fry told BBC that he will be playing Mycroft Holmes.

I’m playing Mycroft in the sequel to the Sherlock Holmes film Guy Ritchie directed with Robert Downey Jr., and that sort of part is fun, but just once in a while to play a genuine all round sort of lead figure with complexity and tragedy and wit and all the sort of things that Oscar [Wilde] had was a once in a lifetime thrill.

He will be playing the younger brother of the famous sleuth. It will be delight to see the two of them pairing against each other. The good thing, which Stephen Fry likes about the role he talks about.

…he has no ambition and no energy. He will not even go out of his way to verify his own solutions, and would rather be considered wrong than take the trouble to prove himself right. Again and again I have taken a problem to him, and have received an explanation which has afterwards proved to be the correct one. And yet he was absolutely incapable of working out the practical points…

Sherlock Holmes 2 will shoot later this fall for a December 16 th 2011 release. The main role still to be cast is that of Moriarty the main nemesis.