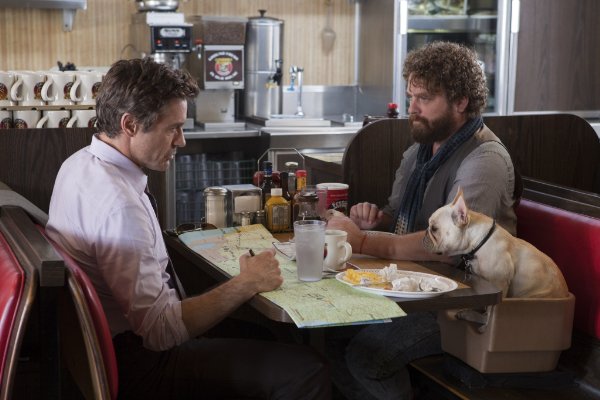 The Todd Phillips film is one of the most eagerly awaited comedies of next year. Due Date will be the directorâ€™s follow up to Hangover which was a rage last year.

The film is starring Robert Downey Jr, Zach Galifianakis and his French bulldog. The film centers on an expecting father who teams up with the man child played by Zach Galifianakis who is an aspiring actor on a road trip in order to reach his wife before she gives birth.