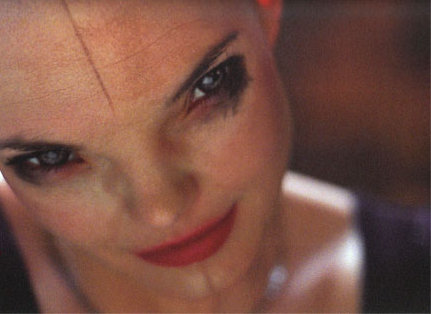 Splice director gets Neuromancer next Vincenzo Natali has got the chance to direct William Gibsonâ€™s novel called Neuromancer next. This is just great news for the adaptation but will he be able to pull it off. Check out the trailer below to see what he is capable of. But the novel is a very difficult adaptation. So there will be lots more changes to the original text.

An adaptation of the novel has been in the works for some time now. Chris Cunningham has been developing something for this adaptation. Author Gibson also said that Cunningham will be his first choice for the film. â€œMy only choice. The only person I’ve met who I thought might have a hope in hell of doing it right.” It’s a shame this never panned out â€“ Cunningham surely would have made one wacky sci-fi out of this.

Moon director Duncan Jones also expressed interest in the project, but it eventually ended up in the horrible hands of Joseph Kahn. The Kahn directed feature would have had Hayden Christensen in the lead. This is already a sign of degradation for the subject.

Neuromancer tells the story of Henry Dorsett Case, a low life ex professional computer hacket who is employed by a mysterious corporation to perform a high level hacks. It features then innovative concepts such as transferrable consciousnesses, cyber space and even virtual space called the matrix.

This film will be a big landmark for Vincenzo Natali who is right now getting ready to release his film Splice on June 4 th. The film has surprised also to a certain extent.