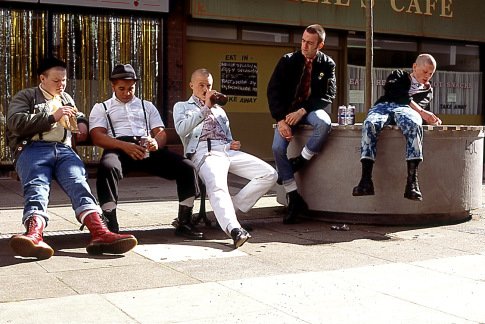 Shane Meadows and his future projects Shane Meadows has made name for himself by creating works like This Is England, Somers Town. Both of these lesser masterpieces starred child actor. So after these films he plans to delve in totally opposite subject matters. He is already getting geared up for his next film called Le Donk and Scor Zay Zee. The film will be released in the UK on October 9 th. He seems to be coming out with a film a year. His drive and passion is lovely to watch on screen. An interview with this director can be seen on Playlist. He chalks out all the projects that are in the pipeline.

Le Donk and Scor Zay Zee are two rappers who are trying to impress couple of artists and try and stage a show with around 50 000 people. The task is surely not going to be easy but it is certainly going to be entertaining.

The next thing on the cards is a TV project. It will be an experience for the director. It is will be a sequel to the popular This is England film titled We Were Faces. The happenings in the film will pick up three years from where the film ended. It will have the tinge and a twang of the Sopranos series. The directed is a self confessed fan of the TV series. So hopefully this will be his answer to the series. After this there is a horror project that we would like to talk about next.

Beware the Devil is big budget in terms of what Shane Meadowâ€™s has done before. It will be made on a budget of around 5 to 10 million pounds. It tells the story of a boy who gets possessed by attending churches and doing several other weird things. There is a chance it will be played by Paddy Considine. Paddy will be perfect for this role after his work on My Summer of Love. But Paddy is amazing if he is a little restraint.

Finally there is the passion project. King of Gypsies is the project Paddy and Shane Meadows has been working on for couple of years now. Paddy has always wanted to play the role of a boxer. But due to some rights issues they havenâ€™t really got the chance to do the film. During this time Meadows ended up shooting Somers Town and Le Donk. So we wonâ€™t expect the collaboration anytime soon.

So with all the success that he has gained with his first two films, he is surely going to create something special in the years to come. He will also be able to address the concerns of the decaying British film industry. It will take couple more people like him to create a revolution of sorts in that country.